I want to share with you some thoughts as a mother and a new Aggie fan. As a mother of two, I do understand having a rule breaking kid. Any mother with two or more kids understands this. Forrest Gump’s mom said the same thing. “Life is like a box of chocolates, you never know what you’re gonna get.”  God gives you one child that is such a rule follower that you hold your head up high. Parenting is great; I can do this. You think you should wear a t-shirt that says “for parenting advice call me at 713-Greatmom”.

Then you have another one. 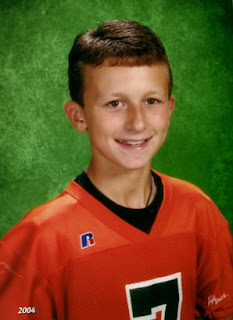 So knowing my son was like this, we knew A&M would be a better fit or I should say, safer fit. If my son had gone to UT, he would have been home after the first semester.  Sixth Street would have become his forwarding address. (You have to be a Texan to understand the 6th Street scene in Austin) A&M, as difficult as it may seem to be there at times, is exactly where you want your son to be, trust me.

I attended the A& M/Alabama  game last week. As I looked out into the stands during the 4rd quarter, and the stadium was still full.  It was 96 degrees and the sun was beating down.  It was Texas hot. Those are true fans.

I didn’t know much about football when I went to my first A&M game. I constantly annoyed my husband by asking questions with every play. Questions like why your son had so much free time to throw the football. He told me how the A&M offensive line is the best and they guard and protect your son so he can do his job. Sounds good. Teamwork was something that my son’s first coach instilled in those little guys.  Sometimes, I noticed that Johnny just ran around his line; I didn’t understand that either. My husband explained the concept of “dual-threat/read-option.”  He was right because I confirmed it on Wikipedia, right there on the Johnny Manziel page.

As far as A&M using him being a promotional tool for a new stadium, I want to thank him for helping.  The women’s bathrooms are disgusting!  The toilets overflow by half-time and the handicap facilities are non-existent.  Football stadiums are not just for high paying alumni but also for the little guy, and the girls.  A&M would be considered stupid if they did not immediately hold a fundraiser for a new stadium while A&M has a great team and your son is on ESPN daily. Besides, we have $100 oil, making individuals/companies much more willing to donate to their alma mater; it is just the right time.

Sharpie has gotten million of dollars of free press. I propose another fundraiser. Since Johnny can’t be paid, we ask Sharpie to donate school supplies to schools in Texas were kids can’t afford school supplies. Why not? Sharpie has their own website, complete with blog and fun art projects.  I guarantee, the mom of some 1st grader is already getting calls from her son’s teacher just like you and I did.
Besides, that is what we do in Texas we band together for causes. No kid left behind without a Sharpie. 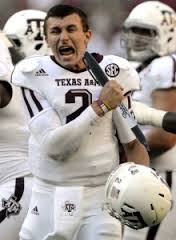 I want to make this clear, I do not even begin to minimalize what you as a family deal with. ESPN has made your son out to be wild renegade. They say he’s been used as a tool for the university and commercial endeavors. Isn’t that is what makes him a great player? Isn’t that ZEST for life and sport what his very first coach loved?

In order to understand Johnny you really need to be a Texan.  In Texas, taking a risk is a resume builder.  For example, in Texas if you started a business and had to declare bankruptcy, it is a bullet point on your resume. In Texas, the difference between the winners and losers is the winners tried a few more times. In Texas, we like to be unique and entertained. In Texas, football is king.

Someone once told me that when there is pain, you always want someone to blame. As a parent, that is a very natural instinct.  You want to protect you child.  I read that Mr. Manziel was upset with the A&M coach. I get it. You’ve spent your child’s life guarding him from name callers, people who say mean things, people who steal his school supplies, people who say he’s cheated, and people still saying that he “needs improving”, “likes to entertain the others” and “can’t sit still in class” 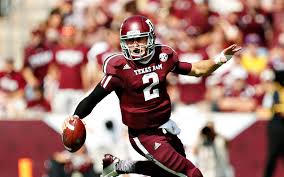 and have some fun with it.  You’ve done what you can as parents. He’s going to be just fine!